Radiation can induced hereditary changes or mutations in treated/irradiated planting materials that will result in mutants with desirable attributes.
Using mutation breeding, PNRI was able to produce mutant selections of rice, mungbean and foliage ornamentals that are now planted by farmers in the Philippines.

PNRI has also developed some mungbean and ornamental plant varieties. In addition to these developed mutant varieties, PNRI has continued to produce mutant rice, legumes, high value fruit crops and ornamentals that are now being evaluated before they are released for commercialization.

Sterile Insect Technique (SIT), is also introduced to contain the fruitfly population by exposing male fruitfly pupae to radiation to make them sterile thereby when they become adult fruitfly they will not be able to produce offspring.

Apart from what has been mentioned, radiation is also used as phytosanitary treatment for fruits and vegetables , spices and other food by products. The method, which is called irradiation also inhibits sprouting, delays ripening, disinfects and decontaminates fresh and frozen seafood, meat and poultry, spices, enzymes and dehydrated vegetables of harmful microorganisms.

In a recent briefing on nuclear energy application, Estelita Cabalfin, consultant of PNRI, stressed that “All these processes do not make the product radioactive. We do not disproved that radiation is harmful. We agree that it can be harmful under some circumstances. But, it also has a number of beneficial effects. It depends on how we are going to use it.” 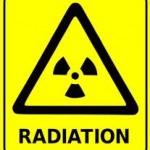