Sites that have failed to make the list include Tanzania’s Mount Kilimanjaro, the Dead Sea and the US Grand Canyon.

The Swiss foundation has warned there may yet be changes in the provisional results. Final results will be announced early 2012,

The poll organized by Swiss foundation New7Wonders has attracted great interest to countries who have natural wonders of their own to showcase.

The results come after a long consultation process lasting from December 2007 to July 2009, when world citizens were asked to put forward sites which they deemed were natural wonders.

More than a million votes were cast to trim the list of more than 440 contenders in over 220 countries down to a shortlist of 77, the group then was reduced to 28 finalists by a panel of experts.

Anyone in the world was then able to vote for the final seven via telephone, text messages or Internet social networks.

Founded in 2001 by filmmaker Bernard Weber in Zurich, the foundation New7Wonders is based on the same principle on which the seven ancient wonders of the world were established.

New7Wonders said its aim is to create a global memory by garnering participation worldwide. 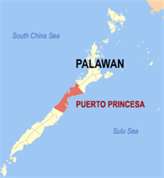