In the Philippines, banaba is known to be an ornamental plant that is usually propagated in urban parks and along thoroughfares because of its beautiful flowers which are racemes of pink to lavender that are evenly distributed among its branches.

After flowering, the tree bears large clumps of oval nut-like fruits and which the seeds once matured can be used in propagation.

Its leaves are large, oblong to elliptic-ovate, about 2 to 4 inches in width, 5 to 8 inches in length.

Banaba usually sheds its leaves in the early months of the year. Prior to shedding, the matured leaves become bright orange or red in which during this time it is thought to contain higher levels of corosolic acid.

Corosolic acid is a potent compound that has insulin like effect to lower glucose in the body and is effective in treating diabetes.

Its ability to lower blood sugar is attributed to a triterpenoid glycoside, believed to facilitate glucose-transport into cells.

Decoct banaba leaves taken regularly as a tea is widely used in the Philippines for kidney cleansing and in dissolving kidney stones.

Aside from the medicinal value of banaba, it contains high concentrations of dietary fiber and minerals such as zinc and magnesium. The leaves can be boiled and taken daily as tea. 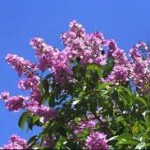 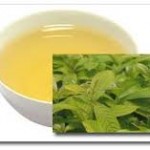