The Queen Elizabeth Prize for Engineering is launched and it is hoped to rival the Alfred Nobel Prizes.

A US$ 1.6 million (1 million pounds) will be given every two years for a ‘groundbreaking advance in engineering which has led to significant international public benefit’.

Former British Petroleum (BP)chief executive and charitable trust head John Browne who oversee the awards has this to say: “Engineering underpins every aspect of our lives. As the bridge between scientific discovery and commercial application, engineering feeds and clothes us and enables us to work, travel and communicate.
“But too often the engineers behind the most brilliant innovations remain hidden. The Queen Elizabeth Prize aims to change that.”

The prize, the world’s biggest, will be given to an individual or team of up to three people after deliberations by an international judging panel of experts.

The first awarding of the prize will take place in December 2012.

Prime Minister David Cameron hoped the award would “carry the same stature as the Nobel Prizes” .

Firms who sponsor the awards will be launched at the Science Museum in London, among them are defense giant BAE Systems, oil producer Shell and drugs company GlaxoSmithKline. 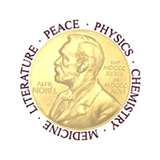