Mark Fitzpatrick, an Iran expert and the director of the nonproliferation and disarmament program at the International Institute for Strategic Studies in London said there are signs that Iran is accelerating its efforts in their nuclear program.

Senior Obama administration officials concur with the assessment, but they do not sound alarmed. They argue that Iran still relies on an older, unreliable centrifuge model.

Less than a year after he narrowly survived an assassination attempt on the streets of Tehran, Fereydoon Abbasi, the nuclear physicist whom Iran’s mullahs have put in charge of the country’s Atomic Energy Organization, is presiding over what intelligence officials in several countries describe as an unexpected expediting of Iran’s production of nuclear material.

The United Nations described Dr. Abbasi as a senior scientist in the Ministry of Defense who was ‘working closely’ with Mohsen Fakhrizadeh, an officer in the Revolutionary Guards considered by Western intelligence to be a leader in Tehran’s effort to acquire nuclear arms.

The selection of Dr. Abbasi earlier this year was itself a clear message to the West. As a university scientist, he was barred from traveling outside Iran by the United Nations Security Council because of evidence that his main focus was on how to build nuclear weapons, rather than power plants.

But in recent weeks he has publicly declared that his country is preparing to triple its production of a type of nuclear fuel that moves it closer to the ability to produce bomb grade material.

Dr. Abbasi’s experience may explain why driving to work on November 29, 2010, he saw a motorcyclist plant a bomb on the door of his car. He escaped, pulling his wife with him, seconds before it detonated. But a separate attacked that day killed one of his colleagues. Iran blamed the Mossad and the United States for the incident.

Dr. Abbasi has overseen the stabilization of the plant at Natanz, in the desert. And at a hollowed out mountain near Qum, he is spearheading the expansion of Iran’s uranium enrichment program into underground halls.

But international nuclear inspectors and American officials say that all the evidence points to the imminent installation of centrifuges at an underground nuclear plant near the city of Qum.

What concerns Inspectors, European and American officials alike, is Iran’s announced effort to increase production uranium enriched to nearly 20 percent purity. Iran insists that it needs that fuel for a medical research reactor. But last month William Hague, the British foreign minister, dismissed that assertion as a cover story.

“When enough 20 percent enriched uranium is accumulated at the underground facility at Qum, it would take only two to three months additional work to convert this into weapons grade material,” according to Hague. 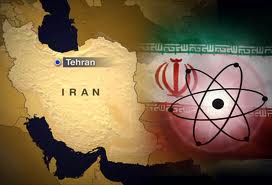