Former captain Salman Butt and fast bowlers Mohammad Asif and Mohammad Aamer, along with agent Mazher Majeed, all Pakistani nationals have been charged with conspiracy to cheat and conspiracy to obtain and accept corrupt payments.

The charge relating to ‘spot-fixing’ in England last year is due to get underway in London.

The quartet were charged after police inquiries following accusations that no-balls were deliberately bowled in the fourth Test match at London’s Lord’s Cricket Ground last August.

Friday’s hearing at Southwark Crown Court, south London, is expected to be a procedural affair where the date for the trial proper will be set.

Of the three players, only Asif has stated his intention to attend Friday’s proceedings.

The four accused appeared at a hearing at London’s City of Westminster Magistrates’ Court, on March 17, which set the date for Friday’s court case, and were granted unconditional bail.

‘Spot-betting’ is hugely popular in South Asia whereby gamblers bet on various possible incidents in a match rather than the final result.

In English law, accepting corrupt payments is unlawful that carries a maximum sentence of seven years’ imprisonment and an unlimited fine.

The three players are already banned for a minimum of five years each by the anti-corruption tribunal, International Cricket Council. However, the ban is under appeal by them. 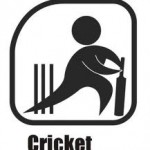