The new caddie hired by Tiger Woods is Joe LaCava a longtime caddie of Fred Couples, a relationship that ended in the summer because Dustin Johnson was looking for a caddie and Couples’ playing schedule was being reduced because of his health.

They spoke on condition of anonymity about the deal because neither Woods nor Johnson had spoken publicly about the hire.

A source said that LaCava informed Johnson of his decision of leaving him after the final round of the Tour Championship.

LaCava could not be immediately reached for comment while Johnson was headed for Scotland for the Dunhill Links Championship.

Johnson had planned to take a couple of friends to Scotland to caddie for him and his brother, Austin, his amateur partner.

LaCava prefers to work and spend more time with his family at home. Johnson is inclined toward taking up European tournaments which could be an additional four overseas tournaments awaits for him next year, and that could mean a hectic schedule for LaCava if he would prefer to stick with Johnson. While Woods plays a limited schedule even when he has fully recovered from his injury.

The question is, if whether Woods choice for LaCava could be translated to his advantage? Johnson won The Barclays last month with LaCava as his caddie. 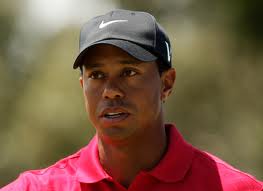