The tournament will be played from January 26 to 29. It is expected to be Woods’ first event of the 2012 season.

The American has indicated that he will not play the Farmer’s Insurance Open in Torrey Pines, which has been his usual season-opener but prefer to play the US$ 2.7 million prize Abu Dhabi tournament, which is part of the European Tour’s early season Desert Swing.

The Torrey Pines event’s dates coincides with that of Abu Dhabi’s tournament schedule.

Woods would not be playing in the Dubai Desert Classic, which has been his regular stop in the region since 2001, according to tournament organizers.

The Abu Dhabi tournament will be expecting record attendances because of the presence of Woods and top golf players in the world which include reigning world No.1 Luke Donald, three-time champion and world No.4 Martin Kaymer, world No.2 Rory McIlroy and No.3 Lee Westwood.

“We are confident that record crowds will gather to see Tiger Woods make his Abu Dhabi debut in what will be his only competitive Middle East appearance of the year,” according to Faisal Al Sheikh, Events Manager at Abu Dhabi Tourism Authority (ADTA).

The announcement of Woods participation in the Abu Dhabi tournament will come as a major blow for the long-established Dubai Desert Classic, where Woods won the title twice in 2006 and 2008.

The Dubai Classic is played two weeks after the Abu Dhabi golf championship. 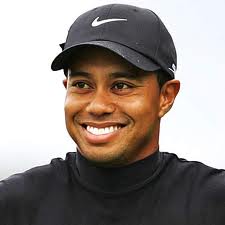