To be healthy is everyone’s concern, our awareness that some of the most common food we eat have trans fat, it doesn’t need anyone to have a second thought not to get rid of this food from our diet or menu.

From the World Health Organization (WHO) to the United States Drug Authority (USFDA), there have been many recent warnings about the health problems trans fat can cause.

A research to this effect as published in New England Journal of Medicine has detailed evidence linking trans fat consumption to increase risk of coronary disease, sudden cardiac death and diabetes.

Trans fat from partially hydrogenated oils have harmful effects of blood lipids, promotes inflammation and cause blood vessels abnormalities. All of which are risk factors for heart disease.

Common foods with trans fat can be found in cookies, crackers, snack foods, fried fast food, dough nuts, pastries, baked products and other processed foods made with or fried in partially hydrogenated oils. 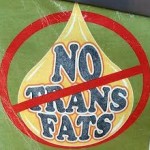 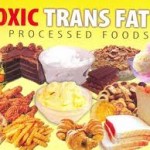