General Martin Dempsey, Chairman of the US Joint Chiefs of Staff, raises his concern while he spoke at the Atlantic Council in Washington, for a potential civil unrest as European financial woes unfold.

According to the U.S. general, it was vague if the latest steps taken by EU leaders would be enough to hold the euro-zone together, adding that a break-up could have consequences for the Pentagon.

Twenty six of the twenty seven EU countries have agreed to forge a tighter fiscal union.

Only the UK refused to sign up to a new treaty, citing national interest.

Gen. Dempsey suggested that part of his concern was that the US military could be exposed to any unraveling of the euro-zone ‘because of the potential for civil unrest and the break-up of the union’.

The US military has more than 80,000 troops and 20,000 civilian workers in Europe, many based in Germany.

Gen Dempsey also said he was concerned that an international project to develop the F-35 Joint Strike Fighter aircraft could be put in jeopardy if European national defense budgets were cut.

“It will clearly put (budgets) at risk if all the economic predictions about a potential collapse were to occur,” Gen Dempsey said.

At an emergency EU summit that ended in Brussels on Friday, the UK effectively used its veto to block an attempt, led by the French and Germans, to get all 27 members states to support changes to the union’s treaties.

Instead, eurozone members and others will adopt an accord with penalties for breaking deficit rules. It will be backed by a treaty between governments, not an EU treaty.

The announcement on Friday produce little reaction from financial markets, which are still hoping for more intervention by the European Central Bank (ECB).

The rising costs of borrowing in some eurozone countries have pushed governments to pass new austerity measures and to the International Monetary Fund as they struggle to pay their debts. 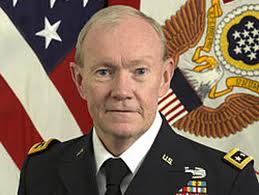