Older adults between 60 and 70 years old who took vitamin B12 and folic acid regularly for two years showed improvement for both short and long term memory and boosted their scores on the memory tasks.

Short term memory is used to dial a number someone has just told you, while long term memory comes into play when you try to call that number a day or week later.

According to study author Janine Walker, a researcher at Australian National University, the ‘benefits were modest but encouraging’ for the elderlies who want a sharper memory recall.

Researchers sampled more than 700 older people with signs of depression, but none had been diagnosed with clinical depression, the study said.

The reason according to Ms. Walker, ‘We felt that older people with elevated depressive symptoms were an important cohort to target given evidence that late-life depression is associated with increased risk of cognitive impairment.’

The sampled elderlies took a daily dose of folic acid and vitamin B12, or placebo pills that resembled the vitamins.

The vitamin dose included 400 micrograms of folic acid and 100 micrograms of vitamin B12.
After two years, those who took the vitamins showed modest, improvement in their scores on the memory tasks.

It’s not clear how taking vitamins might work to boost brain functioning, but vitamins reduce the body’s levels of a molecule called homocysteine, which is linked to cardiovascular disease and poor cognitive function.

The lowering of homocysteine could probably reduce the cardiovascular risk, and in turn affect mental functioning, it said.

‘Vitamins may have an important role in promoting healthy aging and mental well-being, as well as sustaining good cognitive functioning for longer on a community-wide scale,’ according to Ms. Walker.

‘It’s difficult to translate the memory improvement on the tests into real life benefits, with some people likely having larger memory improvements and others much less,’ according to Joshua Miller, a professor at the University of California, Davis.

‘But on a population level, a small increase in cognitive function can have very real ramifications on the functioning of the population as a whole, and on the costs of healthcare.’

The study was published in the American Journal of Clinical Nutrition. 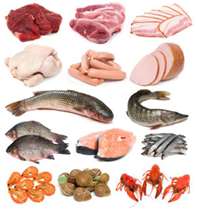