Whitney Houston had cocaine in her system when she drowned in a hotel bathtub, according to the official report released by the Los Angeles Coroner.

She sunk into the bathwater after suffering a massive heart attack caused in part by her prolonged drug abuse.

Following the news, Houston’s family have released a statement that says: ‘We are saddened to learn of the toxicology result, although we are glad to now have closure.’

The singer’s mother, Cissy is reported to be ‘shocked’ to learn that her daughter was still using drugs at the time of her death.

It also ends weeks of speculation over how the 48-year-old pop icon died, with some members of her family even suggesting foul play may have led to the surprise death on February 11.

Ed Winter, spokesman for the coroner’s office, said the official cause of death was accidental drowning.

Although traces of marijuana, Xanax, Flexiril and Benadryl but they did not play a direct role in her death.

Results suggest Whitney was a chronic cocaine user and the heart attack was probably brought on by the hardening of her arteries as a result of years of cocaine abuse.

Beverly Hills police said in a statement there was no evidence of wrongdoing in connection with the death.

The final Coroner’s report is expected to be released in approximately two weeks. 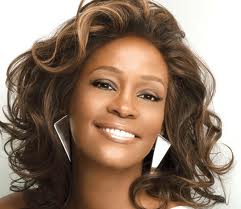