Researchers who studied more than ten thousand people across Europe, found those with the gene ‘ABCC9’ need around thirty minutes more sleep per night than those without the gene.

One in five Europeans has the gene based in their study published in Molecular Psychiatry.

People from the Orkney Isles, Croatia, the Netherlands, Italy, Estonia and Germany took part in the study.

The findings could help explain why ‘sleeping behavior’ of people differ.

More than ten thousand people participated each reporting how long they slept and accordingly providing a blood sample for DNA analysis.

It could be noted that people’s sleep needs can differ significantly.

At the extreme, a good example is, Margaret Thatcher managed on four hours of sleep a night while Albert Einstein needed eleven.

When the researchers from the University of Edinburgh and Ludwig Maximilians University in Munich compared these figures with the results of the genetic analysis, they found those with a variation of a gene known as ‘ABCC9’ needed more sleep than the eight-hour average.

They then looked at how the gene works in fruit flies, who also have it and found flies without ‘ABCC9’ slept for three hours less than normal.

They say this opens up a new line of research in sleep studies, and it is hoped that future work could establish exactly how this gene variant regulates how long people sleep for.

The gene ‘ABCC9’ is involved in sensing energy levels of cells in the body.
Sleep expert Neil Stanley said around half a dozen genes had been linked to sleep patterns.

He said, “It’s interesting to know about these genes, but in a way our genes are an irrelevance unless you were actually to obey them, but none of us do that.”

Dr. Jim Wilson, from the University of Edinburgh’s center for population health sciences, said: “Humans sleep for approximately one-third of their lifetime.

“A tendency to sleep for longer or shorter periods often runs in families despite the fact that the amount of sleep people need can be influenced by age, latitude, season and circadian rhythms.

“These insights into the biology of sleep will be important in unraveling the health effects of sleep behavior.” 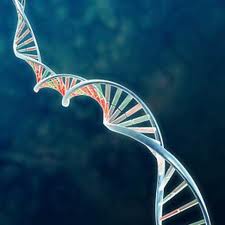