Queen Elizabeth has been to more than a hundred countries on state visits in her official capacity as Queen.

She has been from the tiny island nation of Tuvalu in the Pacific, to Russia, China, Chile, Ghana, Australia and with among other nations.

Therefore, it may seem surprising that she has never made the relatively short visit to Greece the country of birth of her husband, Philip, the Duke of Edinburgh.

The reason, according to royal historian Hugo Vickers, is because of marked by distress history of the monarchy in Greece, which affected Prince Philip’s immediate family.

“Prince Philip doesn’t like Greece, because they put his father (Prince Andrew) on trial, and he might have been executed,” says Vickers.

“In 1922, they all had to flee.” Prince Philip was a baby at the time and rarely returned.
It is not completely true that the Queen has never been to Greece, she did go there at the invitation of King Paul, Prince Philip’s cousin, in 1950, but that was before she became Queen.

Vickers suspects the Queen has never visited Greece in her official capacity because she may have never been invited by the Greek president to make a state visit.

Prince Philip did go to Athens but at his personal capacity to visit his mother before she moved to London in the 1960s, says Vickers.

In many ways, the itinerary of the Queen’s state visits reflects the state of British diplomatic relations with the rest of the world.

Indeed the Foreign and Commonwealth Office (FCO) has a panel which approves all state visits, called the Royal Visits Committee.

“There are always more requests for visits than can be accommodated,” says a spokesperson at the FCO, and a trip’s foreign policy benefit is a key factor when choosing a location. 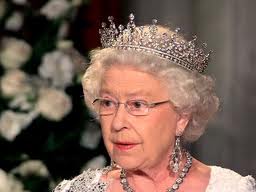