Asbestos workers are at risk of heart attack, stroke and serious lung diseases, such as mesothelioma and asbestosis, as a direct result of their exposure to asbestos fibers.

Scientists analyzed the cause of death among nearly 100,000 asbestos workers taking part in regular voluntary health monitoring and answering questions on levels of exposure for the Asbestos Workers Survey.

They found that based on the standardized mortality ratios, asbestos workers were significantly more likely to die of cardiovascular disease than the general population, even after taking account of smoking.

Most of the men taking part in the survey worked in asbestos removal while most of the women worked in manufacturing.

The research team compared the number of deaths from stroke and heart attacks among these workers between 1971 and 2005 against the number that would be expected to occur in the general population using standardized mortality ratios.

The research, published online in the Occupational and Environmental Medicine journal and carried out by the Mathematical Sciences Unit at the Health and Safety Laboratory in Buxton, Derbyshire, U.K.. 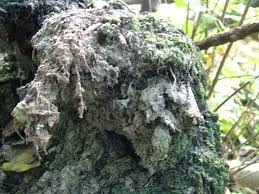