Research examined the benefits of zinc on pneumonia recovery. It has found out that zinc mineral can triple the survival chances of young children with pneumonia who are deficient with the mineral.

The mineral can be found in shellfish, meat, egg yolks and seeds, supports a wide range of functions in the body and is vital to the immune system.

Scientists studied 352 children with severe pneumonia who were all being treated with antibiotics. Half the children were given additional therapy in the form of 10 milligram or 20 milligram zinc supplements, depending on age.

The researchers found no difference between the two groups in the time it took to recover from infection. But the risk of dying was very different. Just 4 percent of children taking zinc died compared with 12 percent of those not taking zinc.

The research, involving young children aged six months to five years, was conducted in Uganda where zinc deficiency is rife.

The findings are published in the online journal BMC Medicine.

‘In Uganda, where this study was performed, zinc deficiency in some areas can be as high as 70 percent,’ said study leader Professor James Tumwine, from Makerere University in Kampala, Uganda.

‘Zinc is known to bolster the immune system and zinc deficiency is rife all over the developed, and developing, world,’ he said. 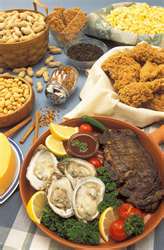