Starting the summer of 2015, it is predicted that the Arctic sea ice could disappear thus destroying the natural habitat of polar bears and other animals in the region, according to a leading British ocean expert.

The absence of ice during the peak of summer would deprive polar bears of their summer hunting ground and threaten them with extinction.

The Arctic sea is shrinking so quickly that it could disappear altogether in a less of four years’ time, according to Prof. Peter Wadhams, of Cambridge University.

The ice mass between northern Russia, Canada and Greenland increases and decreases with the seasons, now reaching a minimum size of about four million square kilometers.

Latest estimates by the Intergovernmental Panel on Climate Change (IPCC) and other models, monitor the shrinking area covered by ice in recent years to predict the rate at which it will be declining.

While the IPCC considers the ice mass will stay until the 2030s, Dr. Maslowski’s study also takes into consideration the rate at which it is thinning and estimates that it will disappear much more rapidly.

Prof. Wadhams citing research compiled by Dr. Wieslaw Maslowski, a researcher from the American Naval Postgraduate School, said that such forecasts failed to identify how quickly climate change is causing the ice to thin.

Although, Dr. Maslowski’s model were somewhat controversial, Prof Wadhams, a leading authority on the polar regions, said the calculations had him ‘pretty much persuaded.’

Prof. Wadhams said that Dr. Maslowski’s model is the most extreme but he is also the best modeller around.

“2015 is a very serious prediction and I think I am pretty much persuaded that that’s when it will happen,” Prof. Wadhams said. 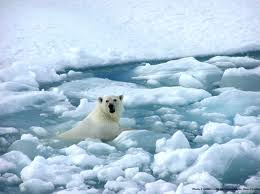