Giant queen ants called icas valued the insects not only for their protein, but also as an aphrodisiac and source of natural antibiotics.

Icas are big, up to 2.5 centimeters in length and fat, they can bite viciously.
They are a delicacy in Silveiras, Brazil and are hunted by residents like Jorge da Silva. He captured the ants with his barehands. They frequently bit him, his hands are typically bloodied.

Mr. da Silva plucked a giant ant from the ground, pulled its wings, legs and mandible, and tossed it into his mouth. “Tastes like mint,” said Mr. da Silva, 58, with an audible crunch.

Mr. da Silva roamed the hills above this town of 6,000, on the hunt for a rare epicurean delicacy, icas or queen ants. The thunderous spring rains drive the ants out of the ground, and for a few weeks Silveiras becomes a frenzy of ant hunting.

But the ants are under threat, residents contend. Driven by Brazil’s growing economy. With urbanization and the poison that they are putting into the soil, they don’t have much time left, according to Vera Toledo, 67, a writer and an anthropologist.

The ants number are dwindling. The principal culprits are pesticides used on eucalyptus trees that are planted to produce cellulose for paper and other products, local officials said.

Residents have not tried to make the ants into a commercial enterprise. While they say they could use the extra money, many seem more concerned with preserving the tradition and the ant population for themselves.

Ocilio Ferraz, 72, Silveiras’s resident icas guru said, he grew up eating icas and taught the tradition to his children. He has dedicated himself to keeping the ant feast alive. He has resisted efforts to export them, preferring to receive visitors at his restaurant where he has a special kitchen devoted to frying the icas.

The ant catchers sell their haul to Mr. Ferraz for about US$ 15 dollars per liter. He charges about US$ 12 for a large plate of icas for two, with wheat fried in fat.

Edison Mendes Mota, the former mayor of Silveiras said he does not care for the icas, even though his wife has 8 kilograms of icas in their freezer. Mr. Mota supports the town’s growing eucalyptus industry, though the planting needs to be regulated.

Alair Duarte, the president of the town council, has proposed limiting eucalyptus plantings so the ants can reproduce. “If we don’t do it soon, we won’t have any icas left,” he said. 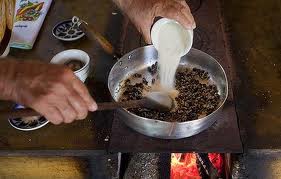 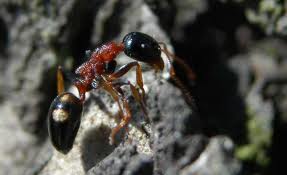