The Arctic holds one fifth of the world’s undiscovered, recoverable oil and natural gas, the United States Geological Survey estimates.

According to a 2009 report, 43 of the 61 significant Arctic oil and gas fields are in Russia. The Russian side of the Arctic is rich in natural gas, while the North American side is richer in oil.

With recent unrest in the Middle East, new oil from Russia could prove vital to world supplies, as long as global demand for oil continues to rise. Russia has surpassed Saudi Arabia as the world’s biggest oil producer.

Arctic ice poses various threats to drilling rigs and crews. And if oil were spilled in the winter, clean up would take place in total darkness. In February, Royal Dutch Shell postponed plans for drilling off Alaska’s Arctic coast.

The Arctic Ocean is a forbidding place. But that is not stopping Russia from drilling for oil, or Western oil companies from eagerly following.

But the oil companies will venture where other big countries have been wary of letting oil field development proceed, for safety and environmental reasons.

Russia, where onshore oil reserves are slowly dwindling, signed an Arctic exploration deal in January with the British Petroleum giant BP, whose offshore drilling prospects in the United States were dimmed by the Gulf of Mexico disaster last year. Other Western oil companies are now having a similar discussions with Russia.

The Russians take a far different view. As its Siberian oil fields mature, daily output in Russia could be reduced by nearly a million barrels by 2035, according to the International Energy Agency. With its economy dependent on oil and gas, Russia is forced to go offshore, using foreign partners to provide expertise and share the costs.

Daniel Yergin, the oil historian and chairman of IHS Cambridge Energy Research Associates, said Russian drilling is critical. The Arctic will be one of the critical factors in determining how much oil Russia is producing in 15 years and exporting to the rest of the world.

While the United States and Canada balk, other countries are proceeding. Norway, which last year settled a territorial dispute with Russia, is preparing to open new Arctic areas for drilling.

The waters of the Arctic are particularly perilous, and whales, polar bears, and other species depend on the region’s fragile habitats. 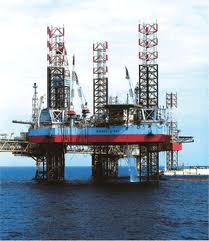