A study suggests that millions of people with diabetes are either undiagnosed or poorly treated.

Health insurance and not personal wealth, plays a big role in the determination of which diabetics get good care according to US researchers.

Further findings suggest that they are putting diabetics at risk for an early death from either heart disease or significant complications of diabetes such as blindness, chronic kidney diseases and foot problems that require amputations.

In the US as well as in other countries, diabetics don’t get effective treatment to control their disease.

In the US alone, nearly 90 percent of adult diabetics or more than 16 million adults aged 35 and older fail to meet widely accepted targets for healthy levels of blood sugar, blood pressure and cholesterol.

“Too many people are not being properly diagnosed with diabetes and related cardiovascular risk factors. Those who are diagnosed aren’t being effectively treated,” said Dr. Stephen Lim of The Institute for Health Metrics and Evaluation at the University of Washington in Seattle. 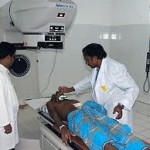