With petroleum prices rising above the US$ 100 a barrel the demand for biofuel has reached sky high as the European Union (EU) anticipated to double biofuel consumption by year 2020.

There is also a proposed jatropha plantation to be put up in Dakatcha Woodlands in Kenya where a study has been made whether biofuels made from jatropha would save emissions of carbon dioxide into the atmosphere as compared to fossil fuels.

The Dakatcha woodlands is home to over 20,000 people and is the ancestral land of the indigenous minority Watha and Giriama tribes.

The biofuel is by itself is environmentally friendly and a good source for alternative green energy but the process of producing it the way it is done currently could cause up to six times more carbon emissions than fossil fuels.

These emissions are based throughout the production and consumption process if we are to consider jatropha as the source of raw materials in the production of biofuel.

The study has found that the production process would emit 2.5 to 6 times more of greenhouse gases into the atmosphere, according to a launched report by international organizations.

The ill effects of the plantation is that it would evict the tribes from their land and destroy their livelihoods and sacred burial sites.

“In a Kenya where up to 10 million people risk going hungry, it is irresponsible to destroy people’s farms and homes simply to fuel cars in Europe,” David Barissa from Action Aid Kenya said.

The area, more than 100 km north of the port city of Mombasa, has 350 species of birds as well as lions, elephants, rare sharks and reptiles including the Tana writhing skink, according to the Britain’s Royal Society for the Protection of Birds.

Kenyan environmentalists opposed to the project have called on the government to revoke a decision to allow a controversial biofuels project to go ahead.

Crops like sugarcane and corn are used to produce biofuel, an alternative to fossil-based fuels like petrol.

The project, being initiated by the Kenya Jatropha Energy Limited, plans to put up a plantation of jatropha caucas which has been touted as a potential solution to the search for new sources of energy. 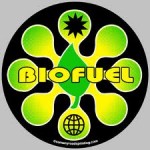