Carabeef or Carabao meat is considered by many as a health food because it is safe to eat even by people with heart problems and those who are allergic to red meat.

Carabao meat contains less calories, less fat and cholesterol than most meats, including poultry. They are good for dieters and athletes.

Due to the relative proportions of its protein, fat minerals and fatty acids to its calorie value, carabeef is considered nutrient dense or concentrated.

This is the reason why people has to eat a little of it and he get satisfied. Because of carabeef denseness, it does not shrink during cooking.

The aforementioned qualities have made carabeef a popular ingredient in domestically produced corned beef and other products such as longanisa, hotdog, bologna and chorizo.

Unknown to many people, almost beef based products available in the local supermarkets and groceries contain more carabeef than beef.

There must have good reasons why manufacturer incorporate carabeef most in their local products because of the advantages as follows: Carabeef is flavorful and tender, especially when they are reared and fed properly and are slaughtered at a young age like cattle.

Carabeef is naturally tasty, it needs no spicing up with lots of condiments and sauces to hide its flavor.

Likewise, its B complex and C vitamins are comparable to cow’s milk although carabao milk has less riboflavin. Carabao milk is concentrated, hence it is highly suitable for processing.

By this, it is currently being made into premium ice cream, specialized cheese varieties, yogurt and pastillas which have a high demand in the market. 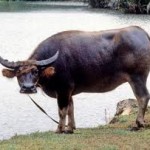 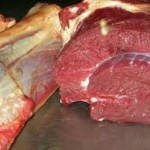