The cleanliness of natural gas is largely based on its lower carbon dioxide emissions when burned.

It emits half the amount of coal and about 30 percent less than oil.

Natural gas, with its reputation to wean the United States off fossil fuels and reduce global warming, may not be as clean as its proponent say.

According to Robert Howarth, a professor of ecology and environmental biology at Cornell University in Ithaca, New York, “The old dogma of natural gas being better than coal in terms of greenhouse gas emissions gets stated over and over without qualifications.”

“Before governments and the industry push ahead on gas development, at the very least we ought to do a better job of making measurements,” Howarth further stressed.

Studies suggest, planet warming methane, the chief component of natural gas, is escaping into the atmosphere in far larger quantities than previously thought, with as much as 7.9 percent of it puffing out from shale gas wells, intentionally vented or flared, or seeping from loose pipe fittings along gas distribution lines.

This offsets natural gas’s most important advantage, that it has a lower carbon dioxide emissions compared to fossil fuels, although no one has bothered to look into the emissions of methane over its entire production cycle, from the moment a well is plumbed to the point of use.

Methane leaks have long been a concern because while methane dissipates in the atmosphere more quickly than carbon dioxide, it is far more efficient at trapping heat.

A recent study from the Goddard Institute for Space Studies at NASA, suggested that an interaction of methane with certain aerosol particles significantly amplifies methane’s already potent greenhouse gas effects.

When all is factored together, Mr. Howarth and his colleagues conclude, the greenhouse gas footprint of shale gas can be as much as 20 percent greater than, and perhaps twice, as high as, coal per unit of energy.

Mark D. Whitley, a senior vice president for engineering and technology with Range Resources, a gas drilling company, said the losses suggested by Mr. Howarth’s study were simply too high.

David Hughes, a geoscientists at the Post Carbon Institute, an energy and climate research organization in California, used Mr. Howarth’s calculations to conclude that replacing coal with gas for base load electricity production will probably make greenhouse gas emissions worse.

A report in January by the non profit journalism organization ProPublica noted that the United States Environmental Protection Agency had doubled its estimates of methane that is lost from natural gas distribution lines.

David Hawkins, the director of climate programs with the Natural Resources Defense Council, said regulators could nudge drillers to reduce fugitive methane, but it is often more economical for industry to simply let it escape.

According to Hawkins, too little was known about just how much methane was being lost and vented, and studies like Mr. Howarth’s relied on too slim a data set to be considered the final word. 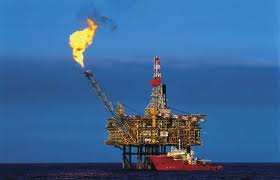 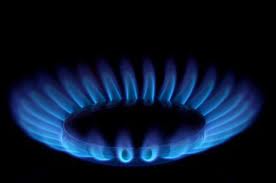