Obese people are more likely to lose their memory and thinking skills quicker than those who are slim and healthy in weight, according to researchers.

Being overweight is not just bad for waistlines but for brains too, say researchers who have linked obesity to declining mental performance.

The work, published in Neurology, tracked the health of around 6,500 British civil servants over a decade.

The participants, who were aged between 35 and 55, took tests on memory and other cognitive skills three times over a 10-year period.

With the 6,401 civil servants who underwent for their health monitoring, nine percent (582) were obese.

Of those, sixty percent (350) were also classed as ‘metabolically abnormal’, meaning they had two additional risk factors such as high blood pressure, high cholesterol, were taking medication for either condition, or were diabetic.

People who were both obese and who had unhealthy metabolic changes showed a much faster decline on their cognitive test scores compared to others in the study.

Archana Singh-Manoux, of Inserm, the Paris research institute, who contributed to the study, said their results indicated the idea that people could be obese but still healthy was flawed.

Scientists at top French research institution spent thousands of hours painstakingly studying how well the civil servants, who were aged between 39 and 63, processed glucose and the levels of fat in their bloodstream before making the link between health and cognitive behavior.

They concluded that obesity reduces blood flow to the brain, a factor which is linked to vascular dementia.

Experts say the best way of reducing the risk of dementia is to eat a balanced diet, maintain a healthy weight, exercise regularly and get blood pressure and cholesterol regularly checked.

This latest research comes after scientists in the US believe an increase of the fatty acid ceramide is linked to a higher risk of developing Alzheimer’s.

To date however, there are no ideal treatments for dementia so the main focus has to be on prevention, and this study makes it clear that prevention is entirely possible. 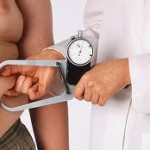