This verse of the Quran has been gravely abused by polygamy practitioners without realizing that the consequence that God has set in polygamous marriage which is treating your wives equally is something that every man should comply in order not to do injustice through negligence towards their wives.

God does not condone injustice but rather it is an offense punishable by Him. Here’s God’s punishment to injustice, “And whoever commits that through aggression and injustice. We shall cast him into the fire, and that is easy for God” according to Surah An-Nisa (4:30).

It’s clear that if you cannot fulfill to treat your wives equally then you are only allowed to marry one otherwise the fire will be your abode.

It’s unfortunate that some people assume that it is a blanket privilege for anyone to marry women up to 2, 3 or 4 without justice and great responsibility that comes along with it.

Negating the consequence that God has strictly set is sheer ignorance. When God set the conditions it is strictly enforced. Polygamy in Islam is more of an option but it has never been mandatory. 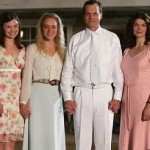