Rice is the chief staple crop of the Philippines and annually the country harvests an average of 15.2 million metric tons of rice, leaving 11.3 million tons of rice straw to spare for productive use.

Some farmers utilize rice straw by mixing it with cultivated soil that could serve as fertilizer during the ploughing stage of land preparation while others burn them in the open field causing air pollutants to the environment.

Some cattle farmers utilized rice straw from insecticide free organically produced rice, as feedstock by cutting them into small sizes mixed with molasses for cattle feeding.

Under the agreement, Enertime, a specialist on energy production using renewable resources, would finance the feasibility study once funds are granted by the French Economic Ministry’s Fund for Studies and Private Sector Support Program.

The International Rice Research Institute (IRRI) and University of the Philippines-Los Baños (UPLB) are also part of this project.

IRRI would lead the study on biomass supply organization and greenhouse gas mitigation analysis while UPLB would collect power plant site data and layout for the project.

The project will cover Nueva Ecija and Laguna, which can produce 10,000 metric tons of rice straw a year as an initial raw material requirement by the French company to start up the program.

With petrol prices increasing in the long term, it could now be a lucrative investment to provide alternative sustainable bio-energy solutions to help reduce dependency for imported synthetic or organic fuels to generate energy, according to a 2010 study entitled ‘Energy and Food System.’ 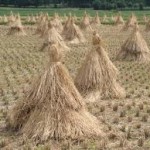