Shale gas extraction could come up emitting greenhouse gases to the atmosphere in two scenarios, one is when gas is burned and it produces carbon dioxide, second is when methane gas leaks out while the well is being tapped.

US government and industry statistics indicate that 30 percent more methane leaks from shale gas extraction than from conventional wells.

Extracting the gas involves a complex sequence of processes including drilling down and then sideways along a shale bed, cracking the rock with hydraulic pressure or explosions (fracking), placing plugs in the shaft and then ‘drilling out’ these plugs.

Coal, by contrast, is associated with a much smaller methane release during mining but burning it produces about twice as much CO2 as burning natural gas.

Molecule for molecule, methane is a much more potent greenhouse gas than CO2, but it lasts for a much shorter time in the atmosphere.

Figures from this research team indicate that over a 20-year period, the net warming impact of using shale gas is worse than coal and, perhaps more surprisingly, that conventional gas may be worse than coal as well.

Over a 100-year time frame, conventional gas is almost certainly better than coal, but shale gas could be worse. 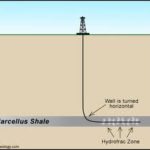 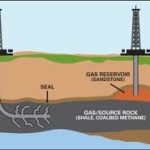