A new study suggests that physical activity may help reduce the hypertension of people who are fond of high sodium diet.

People are less likely to be hypertensive when they are physically active. The study was conducted by researchers at the Tulane University School of Public Health and Tropical Medicine in New Orleans.

Researchers are exploring the potential relationship between physical activity and the high blood pressure role caused by high sodium diet.

With about 1,900 men and women (average age 38) living in a rural region in northern China, none took blood pressure medication during the study, according to the report.

For a week the participants had consumed sodium at 3,000 mg per day in their diet; for another week, they were placed on a high-sodium diet at 18,000 mg per day.

Nine blood pressure readings were taken each week, and questionnaires were completed to assess routine levels of physical activity, ranging from ‘very active’ to ‘quite sedentary.’

The switching from lower-sodium to a high-sodium diet, 5 percent increased were noted in their systolic blood pressure (the heart contraction measure represented by the top figure of a blood pressure reading) were noted ‘high salt-sensitive.’

To those who have the most physical activity had a 38 percent lower risk of being highly salt-sensitive than the least active group. This group was the least likely to see a 5 percent increase in their blood pressure in response to a high-salt diet.

Compared with the most sedentary group it has a 17 percent lower risk of salt- sensitivity. Researchers concluded that physical activity has a ‘significant,’ healthful impact to which salt sensitivity relates to blood pressure.

“For those with low physical activity, their blood pressure will increase more if they increase their sodium intake,” said Dr. Jiang He, chair of the department of epidemiology and the study co- author.

The American Heart Association recommends consuming less than 1, 500 mg of sodium per day because of salt’s association with high blood pressure. 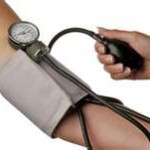