Choline, a nutrient from the B vitamin family is found in foods like chicken, eggs, saltwater fish and legumes, the kidney beans in particular.

Researchers at Boston University found people who got plenty of choline in their diets performed better on memory tests and were less likely to show brain changes associated with dementia.

‘Your lifetime diet may make a difference in how your brain ages,’ said senior researcher Dr. Rhoda Au.

For the latest study, Dr. Au combed through the results from a long-running heart health survey.

The study found, men and women in the top quarter for choline intake performed better on the memory tests than those in the bottom quarter.

People with higher choline intake at the outset were also less likely to show areas of ‘white-matter hyper-intensity’ in their MRI brain scans.

Findings suggest that people with lower choline intakes were more likely to be on a ‘pathway’ toward mental decline than their counterparts with higher intakes.

Choline, the nutrient is a precursor to the brain chemical acetyl-choline, which plays a key role in memory and other cognitive functions; low acetyl-choline levels are associated with Alzheimer’s. 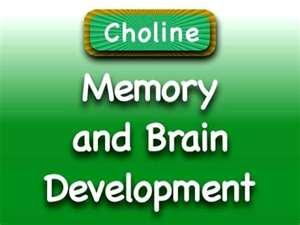