There have been compelling reasons as to why God has sent prophets along with His revelations to mankind in their different times and they are the following:

**** It is of God’s infinite mercy that He sent prophets to mankind to educate the latter of the basic tenets and proper understanding of salvation.

After we have intently worked hard for it and as a reward, God will enshrine us in a life that is permanent and with everlasting bliss after this temporary life. To be qualified, God simply sets the criteria of how our sins can be forgiven by Him.

God is clear in this issue when He clearly declares “God forgiveth not, that partners should be set up with Him, He forgiveth anything else whom He pleaseth, but to set up partners with God is to devise a sin most heinous indeed.”

So the key to our salvation is to obey God and worship Him alone, doing in the contrary is an unforgivable sin to Him.

How many of us has done the right thing so that our worship will not go in vain. Are we really worshiping the right God, when we have god the son, god the holy spirit and god the father?

And yet, the worst part of it, is we accepted to believe that they are in three persons in one God. How can it be?

Have we tried to investigate personally of why this is so? Or we just blindly accepted this man-made innovated dogma as the truth without an iota of doubt?

Have you ever realized that the man who helped in formulating this dogma in the person of Athanasus, the archbishop of Alexandria has honestly declared, that while in the process of creating this dogma, that the more he thinks of it, the more that he doesn’t understand and his very person void of reason is marred with confusion of what he did!

We have to remember that God is not the author of confusion nor He made things that would be difficult for us to understand, that there is only one absolute God, that He has no partners as portrayed in a trinity, the Pauline church innovated dogma.

**** Prophets have been chosen by God to receive revelations from Him through His messenger archangel Gabriel. Prophets are chosen by God to disseminate His revelations to the consciousness of mankind in their different era but the message remains the same, that there is an absolute one God that is worthy of worship and nothing else.

All that exists around us is a living testament of the Uniqueness of His Power, Majesty and Glory and nothing can be comparable to Him. He grasps all visions but all visions cannot grasp Him.

Each of the five dominant prophets whom God has chosen at different times had brought the same basic message of the revelation that is to worship Him alone.

The following books of revelations that God has given to His prophets are : Abraham in his lifetime has his “Suhuf” or The Belief of One God, Moses has his “Torah” or the The Law (Ten Commandments), David has his “Psalm” The Hymns, Jesus has his “Gospel” or The Good News and lastly, Muhammad has his “Quran” The Speech Of God (peace be upon them).

The Quran is the ultimate revelation by God and Muhammad is the seal of all the prophets, meaning that there will be no more revelations and prophets that will come after the advent of Muhammad (peace be upon him).

From “Suhuf” of Abraham up to the “Gospel” of Jesus, it’s unfortunate to say that the originals were lost.

What we have known as the “bible” today, is a reconstructed document about 40 years at the earliest after Jesus Christ has left this world. It was compiled by the church mostly from unknown authors and spurious sources of heresy.

As we observed the bible in itself has so many contradictions and discrepancies that they have brought to a point that people using the same book and yet they end up with different opinions, interpretations and heated arguments between them are always at hand.

My brothers and sisters, is it now, is the time to investigate your faith if it is in accordance of what God has envisioned for you? Albeit, knowing the truth will set you apart from those that are astrayed. Hence, your decision is important because your own salvation herein is at stake. 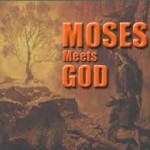 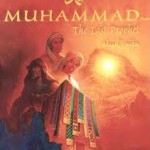