Cutting calories activates a molecule that keeps the brain young and help to prevent diseases such as Alzheimer’s and Parkinson’s, researchers have said.

Eating less may keep the mind young, according to Italian scientists who reported they have discovered the molecular process by which a strict diet may save the brain from the ravages of age.

In contrast, over-indulgence is believed to speed up early brain aging, leading to diseases such as Alzheimer’s and Parkinson’s.

The research, published in the US journal the Proceedings of the National Academy of Sciences, is based on a study of mice that were fed a diet of about 70 percent of the food they normally consumed.

Experts have long known that reducing food intake can extend life. Mice restricted to 70 percent of the calories they normally consume live 30 percent to 40 percent longer than usual.

Researchers have previously discovered that mice on diets showed better cognitive abilities and do not suffer from obesity or diabetes, have enhanced mental powers and memory, and are less aggressive.

The scientists found the calorie-restricted diet triggered a protein molecule, CREB1, that activates a host of genes linked to longevity and good brain function.

“CREB1 is known to regulate important brain functions as memory, learning and anxiety control, and its activity is reduced or physiologically compromised by aging,” according to the study.

Study leader Dr. Giovambattista Pani, researcher at the Institute of General Pathology, Faculty of Medicine at the Catholic University of Sacred Heart in Rome, said: “This discovery has important implications to develop future therapies to keep our brain young and prevent brain degeneration and the aging process.”

Marc Gordon, chief of neurology at Zucker Hillside Hospital in Glen Oaks, New York, have said, the findings could shed light on why some middle-age, obese people encounter cognitive problems later in life. 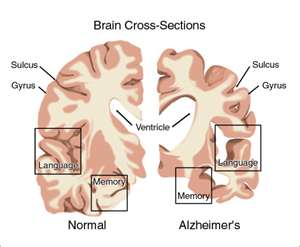