A diet high in fiber rich foods such as porridge, brown rice and cereal cuts the risk of bowel cancer.

An analysis involving almost two million participants, found for every 10 gram increase in total dietary fiber, the risk of bowel cancer dropped by 10 per cent.

Experts said cereal fiber and whole grains in particular cut the risk but found ‘no significant evidence’ of a reduction for fiber in fruit, vegetables and legumes such as lentils and beans.

There was also a 20 percent reduction in risk for every three servings a day (90g a day) of whole grains which include whole grain breads and cereals, brown rice and porridge.

The researchers, from Imperial College London and the Danish Cancer Society, concluded that ‘a high intake of dietary fiber, particularly from cereal and whole grains, is associated with a reduced risk of colorectal cancer’.

“Simple changes to your diet and lifestyle can make a huge difference. Changes such as increasing your intake of fiber can genuinely help you feel healthier and reduce your risk of the disease,” according to Deborah Alsina, chief executive of Bowel Cancer UK.

Around 38,500 cases of bowel cancer are diagnosed every year in the UK and the disease kills more than 16,000 people. 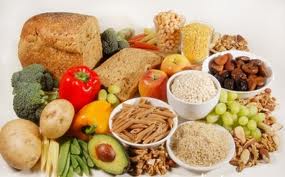