Barley grain is as ancient as the human civilization but sadly overlooked as far as the health benefits we can derived.

The past few years, green barley has been the toast of those in alternative and preventive medicine sector. They claimed that by taking barley regularly can help reduce high cholesterol levels, arrest type 2 diabetes, help fight obesity, delay aging process, etc.

Just recently, barley got its biggest boost when the US Food and Drug Administration announced that whole grain barley and barley containing products are allowed to claim they reduced the risk of coronary heart disease (CHD).

In the US alone CHD is the cause of almost five hundred thousand deaths annually. Green barley as it is known in the market today, is the pure juice from young barley leaves in either dried or powdered form.

The juice is extracted when the plant are no more than twelve inches high, a stage when the leaves have an intense bright green color indicating high amounts of vitamins, minerals, enzymes, chlorophyll and protein.

The fiber found in barley, it is said, provides food for the beneficial bacteria in the large intestine. Doctors say that this is important as the good bacteria crowd out the disease causing bacteria in the intestinal tract, resulting in greater health and disease resistance.

According to the director of the institute for preventive medicine who was quoted and have said that “barley grains is one of the most incredible products of this decade. It improves stamina, sexual energy, clarity of thought”.

A Japanese prominent doctor and researcher has spent thirteen years of intensive research on over 150 different plants, grains and grasses. He discovered that barley was not only excellent source, but one of the richest sources of the entire broad spectrum of nutrients need by man for his growth, repair and well being.

Although barley has been cultivated in China for hundreds of years and was used by settlers in ancient Greece and Rome, the plant’s medicinal and nutritional qualities were eclipsed easily by its popular role, for brewing beer.

Fermenting barley results in malt, which in turn used in beer making. One of the barley’s strong points is what medical researchers term as Super Oxide Dismutase (SOD) is said to be a super scavenger enzyme that ferrets out and destroy damaging free radicals in the body.

It is found in great quantities in the pure juice of young barley leaves and is believed to be good for anti aging ailments of the skin. 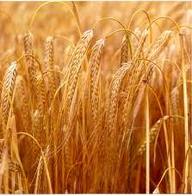