A study made by the University of California has shown encouraging evidence that fish oil, while adopting a prudent lifestyle of balanced diet and adequate exercise, can be the key to longevity and a healthy life.

Fish oil is effective in fighting many of the diseases that have caused human sufferings and deaths such as heart disease, arthritis, osteoporosis, diabetes, breast cancer and prostate cancer, among others.

Fish oil is derived from the tissue of certain species of fish such as salmon, mackerel, sardines or tuna and make these fishes part of your diet three times a week could help to protect the muscles from deterioration in old age by doubling the benefits of exercise, experts claim.

The Omega 3 fatty acids that fish oil contain has multiple anti-aging benefits, may lengthen our lives by increasing the lifetimes of our cells, slows the buildup of plaques in the arteries, lowers blood pressure and blood triglyceride levels, including the regulation of cholesterol.

The American Heart Association (AHA) also found out in their study that Omega 3 from fish oil can reduce the risk of heart attack, strokes and abnormal heart rhythms.

There is strong evidence that increased intake of omega-3 helps to prevent the occurrence of a second heart attack as well as other coronary ailments associated with heart disease.

Findings of a recent trial show that women aged over 65 who received omega-3 fatty acids gained almost twice as much muscle strength following exercise than those taking olive oil.

A larger trial is planned to confirm these findings and to determine why muscle condition improves.

The findings are being presented at the British Science Festival in Aberdeen.

During healthy aging, muscle size is reduced by 0.5 to 2 percent per year. This process, known as sarcopenia, can result in frailty and immobility in old people.

Sagging and wrinkled skin, hair loss, trembling extremities, loss of coordination and a stooped posture are but a few signs of sarcopenia, the loss of muscle mass and coordination that results from the process of aging.

Little is known about the prevalence of sarcopenia in the UK, but data from the US shows that 25 percent of people aged 50-70 have sarcopenia and this increases to more than half of those aged over 80 years.

This prompted Dr. Stuart Gray from the University of Aberdeen, to investigate whether these fatty acids could help reverse sarcopenia in the elderly.

In his initial studies, he showed by magnetic resonance imaging (MRI) that middle-aged rats taking fish oil supplement had a lower loss of lean mass than counterparts fed a normal diet.

“The fish oil seemed to be having anabolic (muscle-building) protective effects in the rats, but rats aren’t humans, so the next step was to try it in humans,” Dr. Gray said. 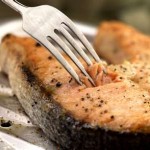